Authorities in Roanoke , Virginia have captured a man suspected of killing a high school student and injuring four other victims in a shooting at a Virginia hookah lounge .

The Blacksburg Police Department confirmed the arrest of Jamel Flint, 24, by the US Marshals in Roanoke, VA.

Mr, Flint was arrested without incident by the Marshals , according to a statement released by the police department. 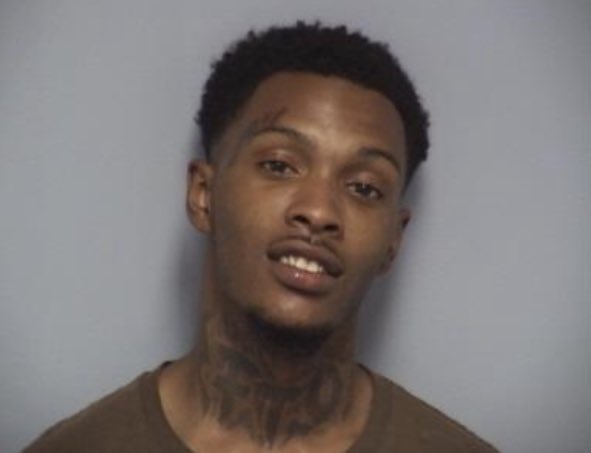 HOW JAMES FLINT WAS ARRESTED.

Jamel Flint turns himself into police during a live video. He proclaims his innocence and smokes a cigarette as he walks towards his grandmother’s home. US Marshals quickly come and take him into custody. See this Instagram video by @fox3now.

The suspect shot and killed 18-year-old Isaiah O. Robinson, a linebacker and running back in the Patrick Henry football team. The incident happened at Melody Hookah Lounge near Virginia Tech’s campus shortly before midnight on Friday.  The shooting also injured four others who are reportedly in stable condition as at the time of this reporting.

Before he was arrested by the Marshals , the Blacksburg Police Department issued warrants out for 24-year-old Jamel D. Flint of Roanoke, including first degree murder charges in the death of Isiah O. Robinson of Roanoke. Flint was then considered armed and dangerous.

Reactions from the general public.

Cari Elizabeth Puckett wrote : He keeps saying it wasn’t him. That someone has put blood on his name. If it isn’t him then that means the real killer is loose.

Kenneth Newberry has this to say  ; That is what you live action Said he did not do it if he didn’t do it that means the murderer is still out there Becareful people we are living in some bad times.

Tyler Stclair wrote : Pitiful probably over sumn stupid as a color of a man’s shirt or sumn similar. They think their tough and bad with them guns til their facing a life sentence without the chance of parole at such a young age. If y’all got problems do like we used to do back in the day ol fashioned fist fight it didn’t even matter who won it just meant that whatever the problem was had Ben resolved and everybody went on their merry way. Hell a few of the guys I fought actually became good friends with afterwards. Funny how that works.

Mike Smith said : So this is a text book example of why the town council should not take 2nd ammendment rights away from law abiding citizens.
We have an armed killer on the loose and you deprive us from carrying to protect our families and innocent bystanders.
This needs to change.