LEADER OF ISIS, DEAD: At President Biden’s command, U.S. military forces undertook a counterterrorism operation. The Leader of ISIS, Abu Ibrahim al-Hashimi al-Qurayshi, has died. It is believed that he detonated a bomb, killing himself.

Reacting to the news, President Joe Biden wrote on his twitter page “Last night at my direction, U.S. military forces successfully undertook a counterterrorism operation. Thanks to the bravery of our Armed Forces, we have removed from the battlefield Abu Ibrahim al-Hashimi al-Qurayshi — the leader of ISIS” 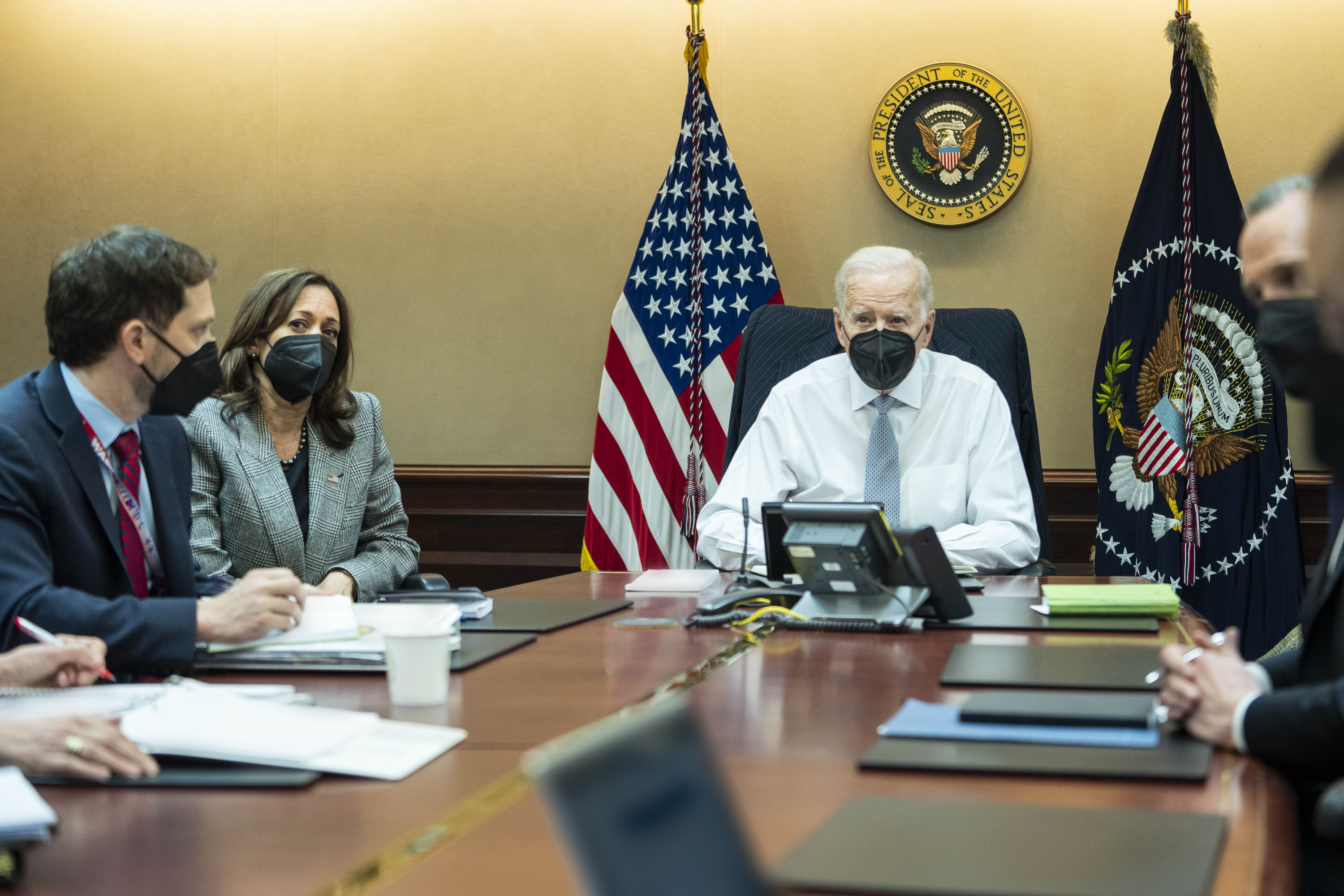 Removed from the battlefield. Does that mean killed, or captured and taken to a black site? Reassigned to another mission? Are you being intentionally ambiguous with your choice of words?

This raid killed 13 people, including 6 children. Are you sure it was an accomplishment?

Tr*mp would never been able to accomplish something like this…thank you Mr. President…Smiling face with
Excellent leadership President Biden thank you for all you do to keep our country safe.

If it is the leader of ISIS, then it is good news, but US counter terrorism actions often take civilian lives. While just a few days ago US promised to be cautious.

I’m not privy to the intelligence and much remains unknown, but ISIS will surely respond. We could be on the brink of a major conflict across the Middle East. I hope the Administration has thought through the second- and third-order consequences of the path they have chosen.

Important visit with brave fighters in #Syria who are risking their lives for freedom and need our help.

Yes cancer sucks and we do need to find a cure for all types of cancer but right now you have a huge responsibility to prevent the United States and our NATO allies from going to war with Russia and Possibly China. Then you need to fix inflation, close the southern border, etc.

Salute to the troops. Thank you for your service. I pray this isn’t a PR stunt. You said we were pivoting away from the middle east… what is this?

“We conduct effective counterterrorism missions against terrorist groups in multiple countries where we don’t have a permanent military presence.” This was from the Afghanistan pull-out press conference.