Danielle Breed, the owner of Tipsy Coyote Bar and Grill bar in Scottsdale, Arizona has died after a fatal shooting incident involving her ex boyfriend and former professional baseball player Charles Haeger, according to a statement posted online on October 10. 4, 2020. 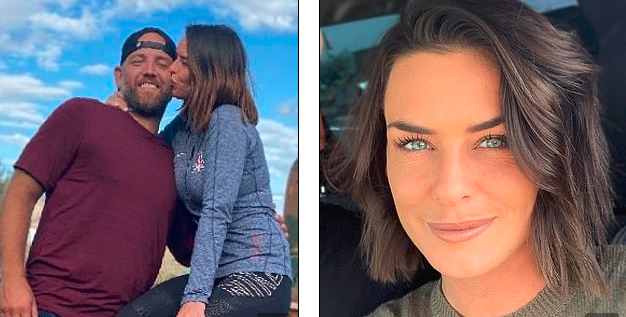 Charles Haeger and his ex-girlfriend Danielle Breed, photo by buzzjew.com

The former MLB pitcher Charlie Haeger, 37, was also found dead in Grand Canyon while on the run from police after killing his ex-girlfriend, 34, who’d been seeking restraining order against him’

Danielle Breed..(34)
she was murdered on
October 2,2020 in
Scottsdale, Arizona.
Danielle was shot and killed
on Friday night
in Scottsdale by her ex-boyfriend a former MLB pitcher.
According to reports,
the Scottsdale police SWAT Team arrived at the scene of the shooting on Friday night at the residence in Arizona and
found Danielle deceased from a gunshot wound inside of her home and was pronounced dead at the scene.
Authorities stated that the victim’s roommate heard gunshots coming from Danielle’s bedroom and went towards her room.
The roommate saw her ex-boyfriend leaving her bedroom and he pointed this gun at the roommate.
Investigators stated that the roommate quickly backed up and escaped through the back of the home and called 911 at a neighbor’s residence.
The shooter was found dead from a self inflicted gunshot wound at the Grand Canyon.
Their deaths are ruled a murder-suicide.
Danielle’s life was brutally taken from her due to domestic and
gun violence.

Extremely heartbreaking for her loved ones.
Prayers to her Family and may she Rest in Paradise.