A lot of things and people saved Ryan Newman tonight. One is the man who died 19 years today. The advances in safety made since Dale Earnhardt‘s death have been profound. 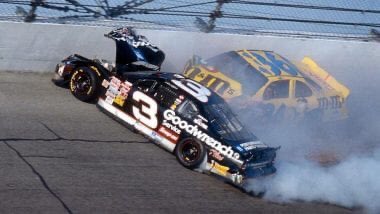 Add Ryan Newman to the endless names of drivers who Dale Earnhardt saved. The Intimidator kicked ass on the track but one could argue his greatest legacy is the safety enhancements that came around because of his tragic death.

#NASCAR fans remember Dale Earnhardt on the 19th anniversary of his deathhttps://t.co/ysi6UNd0Hg