Florida State University police along with officers from the Tallahassee Police Department are currently on scene investigating a death outside the Sigma Alpha Epsilon fraternity house on College Avenue.

According to Tallahassee Online Police Statistics, a suspicious death in the 400 Block of West College Avenue was reported to officers around 6:34 a.m. on Wednesday. That’s according to a press release by WP TV.

Jeffrey Burlew wrote on twitter.
#FSU police say the person found dead outside the SAE house this morning is a 21-year-old former student. The department has not released his name.

Tragic death at FSU. My son is an SAE at FSU and this young man was from Tampa too. A good friend and ROTC grad. Drugs and Alcohol not in play here it appears to be a freak accident. What next 2020 F You!! Prayers for my son and victims family. https://t.co/RvXKD6ySbo 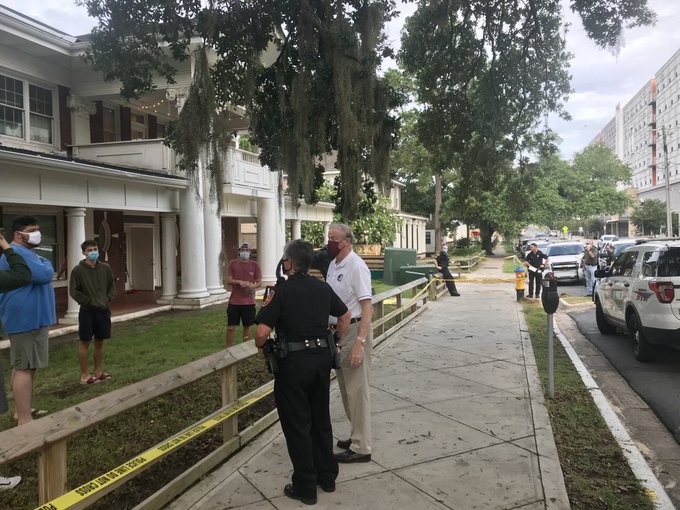