RT @CBPTroyMiller: With great sadness, @OFOEAC and I share the loss of CBP Officer Genaro Guerrero. Officer Guerrero began his career with @CBP in 2005 and served at the San Ysidro Port of Entry. We extend our deepest condolences to his family, friends and colleagues. He will never be forgotten. 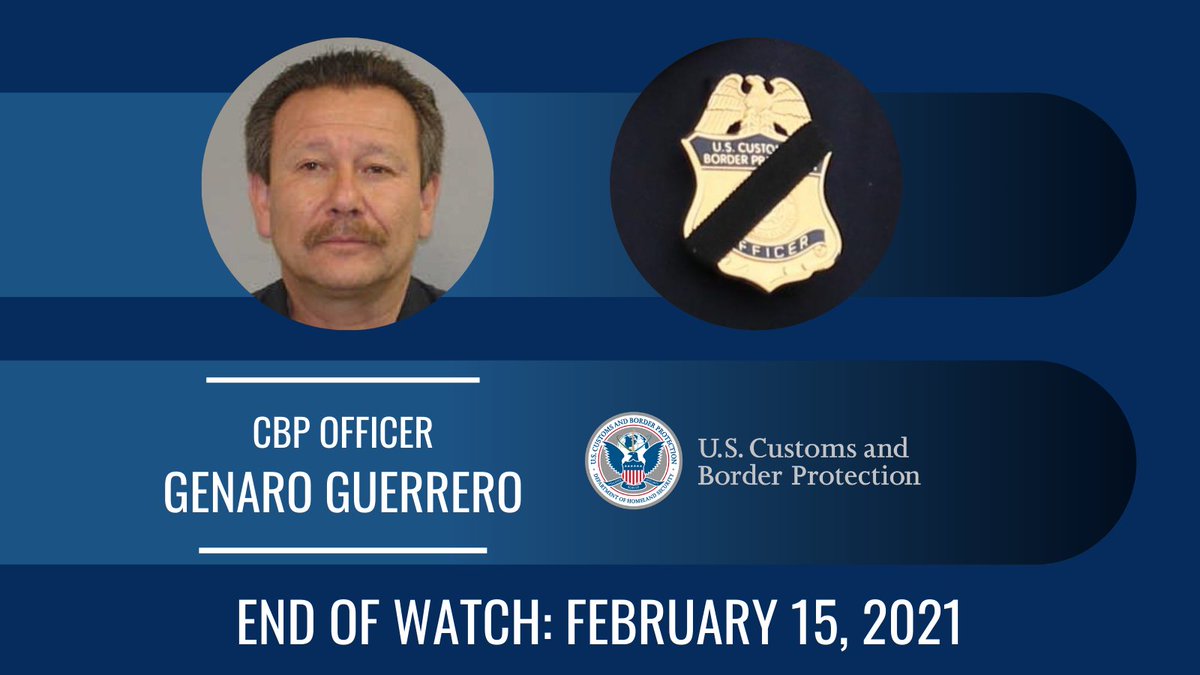