Calls to boycott Goya Foods grows as democratic leaders joined the call to boycott the Spanish food company after it’s CEO was seen singing praises on U.S President, Donald Trump during  a speech in the White House Rose Garden following a round-table for Hispanic businesses and leaders on Thursday.

WHAT IS GOYA FOOD.

Goya Foods, Inc., is an American producer of a brand of foods sold in the United States and many Hispanic countries. It has facilities in different parts of the United States, Puerto Rico, the Dominican Republic and Spain. According to the company’s profile on wikipedia.

What Did Goya CEO Said .

The CEO of the Spanish food industry GOYA , Robert Unanue made the following statements  during the Hispanic businesses and leaders round-table meeting with president Trump

“We’re all truly blessed at the same time to have a leader like President Trump, who is a builder.”

He added, “We have an incredible builder. And we pray. We pray for our leadership, our president, and we pray for our country — that we will continue to prosper and grow.” The Blaze Reported.

The Hill in it’s report released video of the CEO showering praises on Trumpt.

Goya Foods CEO Robert Unanue: “We’re all truly blessed… to have a leader like President Trump who is a builder.” pic.twitter.com/2VdG4qAnpK

His statement angered many democratic leaders in Washington and other part of the country who took to twitter and other social media platforms to call on the general public to boycott the company and it’s products.

In his call for the general public to boycott the company, front-line Spanish politician and former Mayor of San Antonio, Texas, Julián Castro wrote on twitter.

@GoyaFoods has been a staple of so many Latino households for generations. Now their CEO, Bob Unanue, is praising a president who villainizes and maliciously attacks Latinos for political gain. Americans should think twice before buying their products. #Goyaway

.@GoyaFoods has been a staple of so many Latino households for generations.

Now their CEO, Bob Unanue, is praising a president who villainizes and maliciously attacks Latinos for political gain. Americans should think twice before buying their products. #Goyaway https://t.co/lZDQlK6TcU

A Latino group that called themselves Latinos/Latinas are “HUMAN BEINGS” America ,  with a twitter handle @EusebiaAq , posted an image of Spanish child under immigration cage and wrote.

CEO of Goya forgot that 95%of his buyers are Latinos, which trump called us animals and rapists and has our children in cages! Don’t Fed your Family racism,hatred for food. #BoycottGoyaFoods

Brown Babies are to be CAGED Like ANIMALS .Latinos are Humans 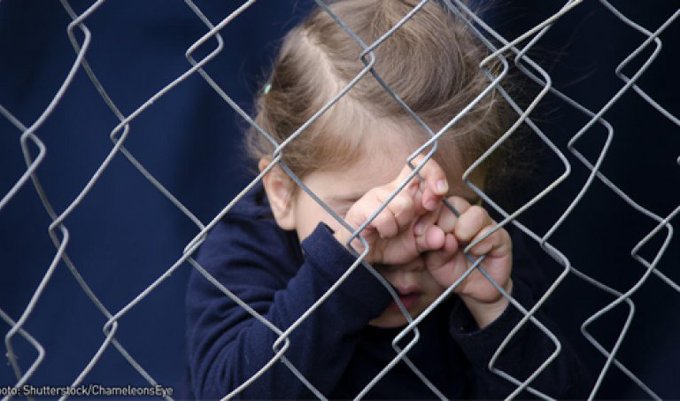 Recall that Trump’s immigration policies has been very hash on Latinos in America, with the president cancelling DACA, an Obama era program that gave undocumented immigrant children who came to the United States on no fault of the own the right to work and live legally in the country.

My husband @RobertCooper58 is Cuban and he’s been cooking with @GoyaFoods for as long as I can remember — but no more. We just cleaned out our pantry closet and threw out EVERY one of their products. Adios, Goya!! #BoycottGoya pic.twitter.com/YOGENCs2OM

I never noticed this brand until I moved to the East Coast. We had better stuff in California. Time to set a black beans can on fire like some Nikes. #goyaway https://t.co/vYiaMwI7oK

“We’re all truly blessed at the same time to have a leader like President Trump, who is a builder,” Unanue said during the Rose Garden speech.