The remains of one of two missing Fort Hood soldiers have been identified, according to a family member.

Police said skeletal remains were found Friday in a field several miles from Fort Hood, after a tip to Army criminal investigators. Army officials have not yet confirmed the identity.

Private Gregory Morales was last seen driving his 2018 black KIA Rio outside of the army post on Aug. 19, 2019. His last known contact was the following day. Read Full Story from ABC 13 NEWS . 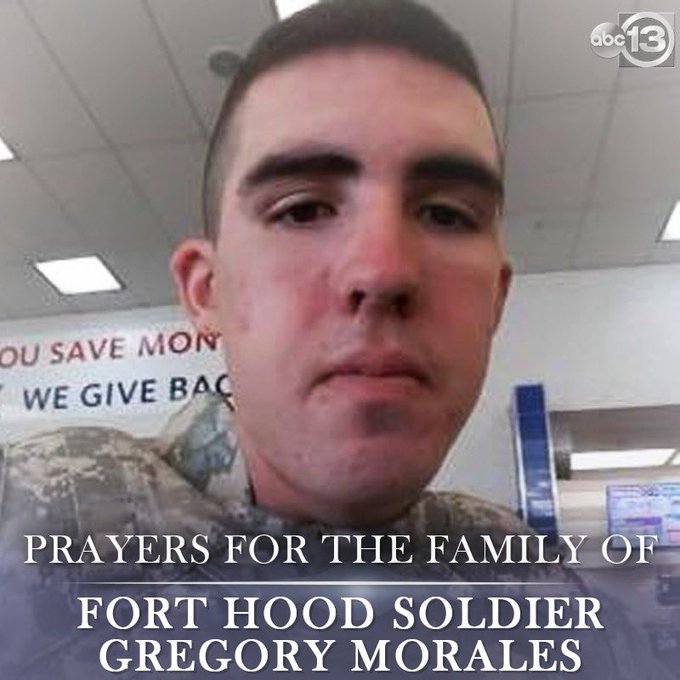 3)” I hate losing hope but 6 mos of no word, no leads, no info makes it very difficult. Please help me out by continuing to look for & watch for him or listen for any info about him while in Texas. I miss him & want him home. Happy birthday baby boy. I love you to the moon…”

remains were found. it was not the body of vanessa guillen.

the remains were of soldier greg wedel-morales. he had been missing for nearly a year.

there are two soldiers who have been missing from Fort Hood, TX, where i live. one, vanessa guillen. vanessa went missing in April of this year. the other, greg wedel who’s been missing since august 2018. the families are begging for answers & exposure pic.twitter.com/nboyHX9BnE