Hugo Torres, a historical guerrilla commander, a key figure in the two rescue operations for Sandinista political prisoners [1970s], has died at the hands of the Daniel Ortega regime that held him prisoner.

Nicaraguan Sandinista revolution hero Hugo Torres, who helped free current president Daniel Ortega from one of Somoza’s prisons in 1974, today died a political prisoner in one of Ortega’s jails. 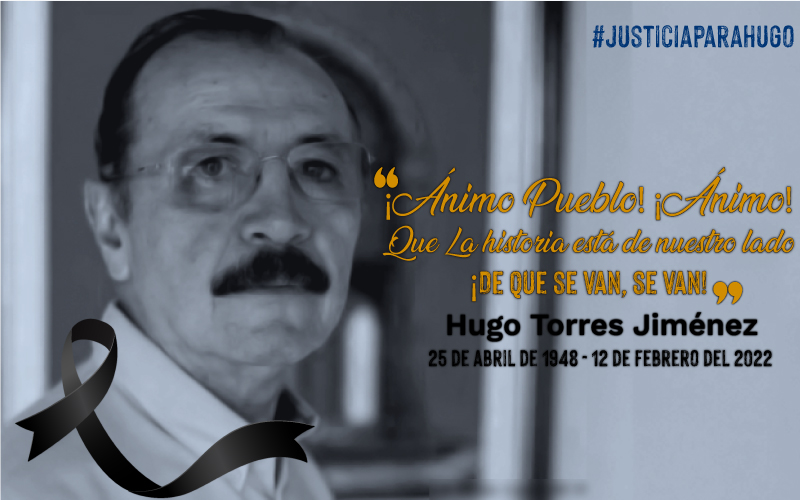 🇳🇮Nicaraguan Public Ministry reports on the death of Citizen Hugo Torres Jiménez, who passed away today as a result of his ailments he suffered from.
Since his health deteriored his children as well as his son-in-law were with him– reported the Public Ministry ⬇️ pic.twitter.com/nayROMLUfP

Sources linked to the Renovating Democratic Union (Unamos) revealed that retired General Hugo Torres Jiménez (73 years old), a political prisoner, died today. Since mid-December, the whereabouts of Hugo Torres in El Chipote prison, where he was seriously ill, have been unknown.

He was a historical guerrilla commander, a key figure in the two rescue operations for Sandinista political prisoners. In 1974, the daring of Hugo Torres got Daniel Ortega released from a prison of the dictator Somoza.

The following video posted on twitter is Gen. Hugo Torres’ last tweet, on June 13, the day the Ortega regime abducted him from his home. All of his final tweets were in defense of persecuted Nicaraguans, and to demand the release of other political prisoners.

Not once did he tweet about his own dire situation.

Government confirms that political prisoner Hugo Torres died in its custody at a hospital. It doesn’t say anything about the cause of his death or day and time of death.

Reactions from the general public on social media.

Daniel Ortega murdered the Sandinista who saved his life. And the pathetic, elderly, Western left who cheered Nicaragua once upon a time, plus the daft, wannabe kids who hang onto them, will say nothing because they are weak.https://t.co/EFys5zUWHH

Nicaragua: Hugo Torres, a historic comandante of the Sandinista revolution, has died in Daniel Ortega’s prison and torture centre. It’s high time that the International Criminal Court opened an investigation into Nicaraguahttps://t.co/vT6K0SjsUV via @el_pais

You think Ortega owes you more than he owed Torres?

“The death of Hugo Torres, a political prisoner of Nicaragua’s dictatorship, causes pain & indignation. Whenever a human being dies in these conditions in a certain way the whole society is wounded. My heartfelt condolences to his family. Freedom for all political prisoners!” https://t.co/8NkjhrDRAF

Vicky Cardenas wrote :  We are devastated to hear about the death of political prisoner Hugo Torres. Our prayers are with his family. The world must know of the terrible conditions in prison & this could happen to any of our family members at any time. They are innocent and their lives are in danger.