A young Trans woman named Iyana Dior was brutally attacked by a group of mostly Black CIS men in Minneapolis last night.
The video shows a group of 20 to 30 cisgender men hitting a woman, Iyanna Dior, outside a convenience store while calling her a homophobic slur. Dior was eventually able to escape behind the counter of the store and through the back of the building, according to the video, while bystanders (and possibly employees) stood between her and her attackers. According to a report by VOX

Straight black men don’t hate oppression. They hate oppression happening to themselves. My heart is breaking for this woman. #iyannadior needs justice. https://t.co/eLzXI79JdT

#IyannaDior a black trans woman, was brutally attacked last night in Minneapolis by a crowd of men. Our hearts go out to her, and we pray for her healing 💕 #BLACKTRANSLIVESMATTER pic.twitter.com/GXM8r4dimy

Here’s the most recent LIVE that #IyannaDior posted.

Update video on what’s being shared about her old cash app.

Video verification this is the cash app to send $ to. @theestallion send to $IyannaDIO pic.twitter.com/0HzhQoZfkt

For the next 24 hours, we will be donating 100% of our proceeds to Iyanna Dior and the Black Trans Protesters Emergency Fund. We are extremely saddened by this news. WE LOVE AND SUPPORT ALL BLACK LIVES. AND, WE WILL ALWAYS STAND WITH YOU. 🖤 Our entire site is only $6. pic.twitter.com/WsqMFFGkce 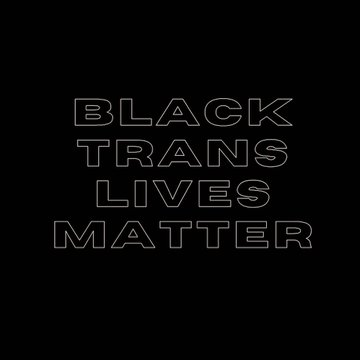 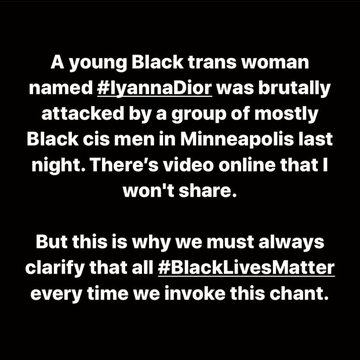 But this is why we must always clarify that all #BlackLivesMatter every time we invoke this chant.
Show this thread

She’s based in Minneapolis, MN. There is video of the attack, but I won’t retweet it.