Joe Ruby, the animation veteran who co-created the character of Scooby-Doo and oversaw Saturday morning children’s programming at CBS and ABC, has died. He was 87.

A four-time Daytime Emmy nominee, Ruby died Wednesday at his home in the Westlake Village section of Los Angeles, his grandson Ben Ruby announced, according to a statement posted online on Aug. 27, 2020 by hollywoodreporter.com

Joseph Clemens Ruby was an American animator, television editor, writer, and producer; the co-founder with Ken Spears of television animation production company Ruby-Spears Productions. He was born in California on March 30, 1933, according to his profile on Wikipedia.

Thank you, Joe Ruby, for giving the world one of the grooviest cartoons that continues to influence generations today and beyond.

RIP to Joe Ruby.
Ruby and Ken Spears co wrote the first 5 episodes of “Scooby-Doo, Where Are You” and wither wrote or story edited the rest of the series.
He will be greatly missed.#scoobydoohistory pic.twitter.com/Sx7vx8C8H4

#JoeRuby Co-Creator of #ScoobyDoo and the #MysteryInc gang passed away due natural causes. Also he animated the Pliable Superhero: #PlasticMan series and one of the best animated #Superman shows reminiscent of the #postCrisis revamp of the character. RIP. pic.twitter.com/alTE37NRnS

A sad day for cartoon fans. Joe Ruby, one of the minds and heads of Ruby-Spears productions, has passed away. He was a co-creator if Scooby Doo, and helped create Plastic Man’s cartoon series of the 70’s, bringing entertainment to many. RIP

RIP Joe Ruby, co-creator of Scooby-Doo, Jabberjaw, Captain Caveman & several others. Watching old VHS tapes of those guys and tracking down clips and episodes on YouTube (in its early days, before any copyright rules were really enforced) was a huge part of my childhood. 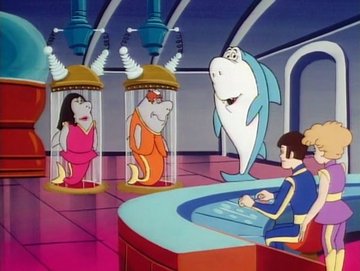 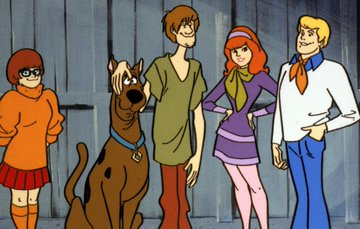 RIP Joe Ruby…. I grew up watching, and my kids watched, and now my grandkids also watch. 3 Generations growing up with you. You may be gone, but Scooby-Doo will ALWAYS be a staple in this household. Thank you for many years of mysteries, and it will continue to live on with us. ❤

Thank you for creating one of the most iconic and lovable dogs to life. One that has entertained audiences for generations. RIP, Mr. Ruby.

R.I.P. Joe Ruby Thanks for the childhood memories that I shared with my son and now my grandson.. Thanks again. You’ll be missed..

Scooby-Doo is still in my top 10 favorite cartoons of all time (minus Scrappy) and has been for most of my life. Thank you for helping in his creation and giving me and the rest of us such a great childhood with he and the gang. Rest in reace, Roe Ruby.