Kaia Gerber walks hand-in-hand with pal Cara Delevingne as they meet up with actress Margaret Qualley at a Black Lives Matter protest, Cara and Kaia scoured the crowd and met up with Qualley who was sitting in the bed of a truck. 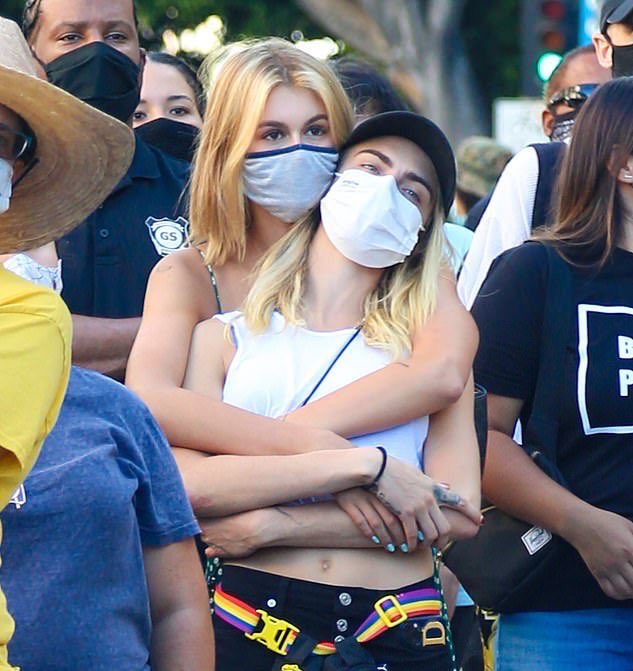 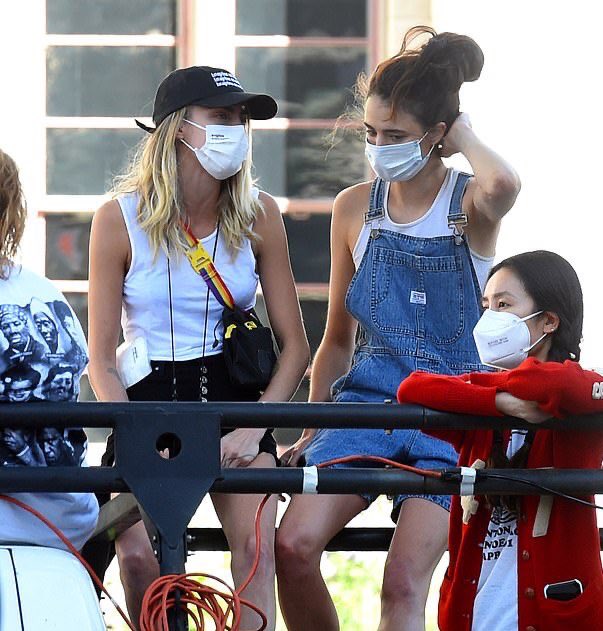 Margaret Qualley was seen yesterday, 15, while participating in a protest by the BLM movement with her friends Cara Delevingne and Kaia Gerber in Los Angeles, California.

Reacting to these pictures @lilirein9 wrote

And this is what is wrong with the media. If that was Cole you better believe the dating headline would be there. It was with Ashley and G-Eazy. So why is this different, huh.
@buttahbenzosbra wrote
There are people tagging Ashley in the photos of Cara Delevingne with Kaia Gerber … which is why Ashley uses less and less of her social media. Not to mention the disrespectful things that it is marked daily.