The CAC would like to send our condolences to the family and friends of longtime Chicago wrestler Kevin “Zebra Kid” Clark, who recently passed away. Clark did the gimmick for over 20 years up until 2008, billed as from Cape Town, South Africa pic.twitter.com/HTpzG8IFlV 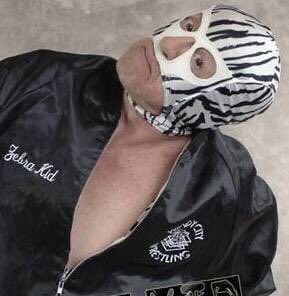