RT @EsksHistory: Saddened to hear of the passing of former @EdmFootballTeam defensive back (1967-1972) Mike Law yesterday. Law came to the team in a trade with Hamilton on Sep 12, 1967 and was a shutdown cornerback for years with the Green & Gold. He was released in Oct 1972. #Godspeed #RIP 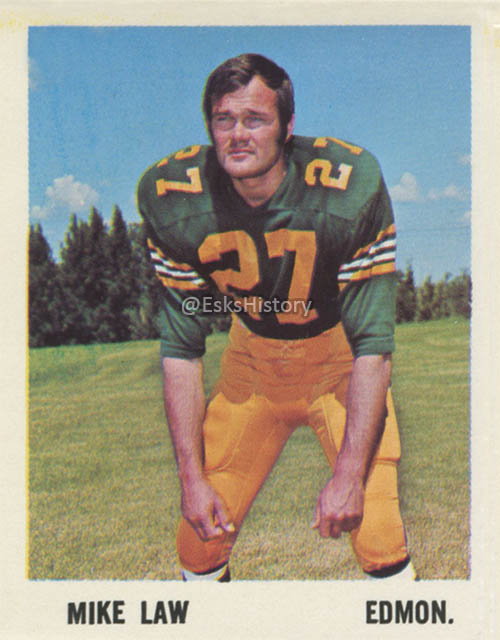