DEATH -DEAD / OBITUARIES : Milt Sunde has died, according to a statement posted online on April. 19, 2020.

The #Vikings send condolences to the family and friends of Milt Sunde.

Sunde, a Minnesota native, was drafted by the Vikings in the 20th round in 1964. He started 113 games for the team during his 11-year career. 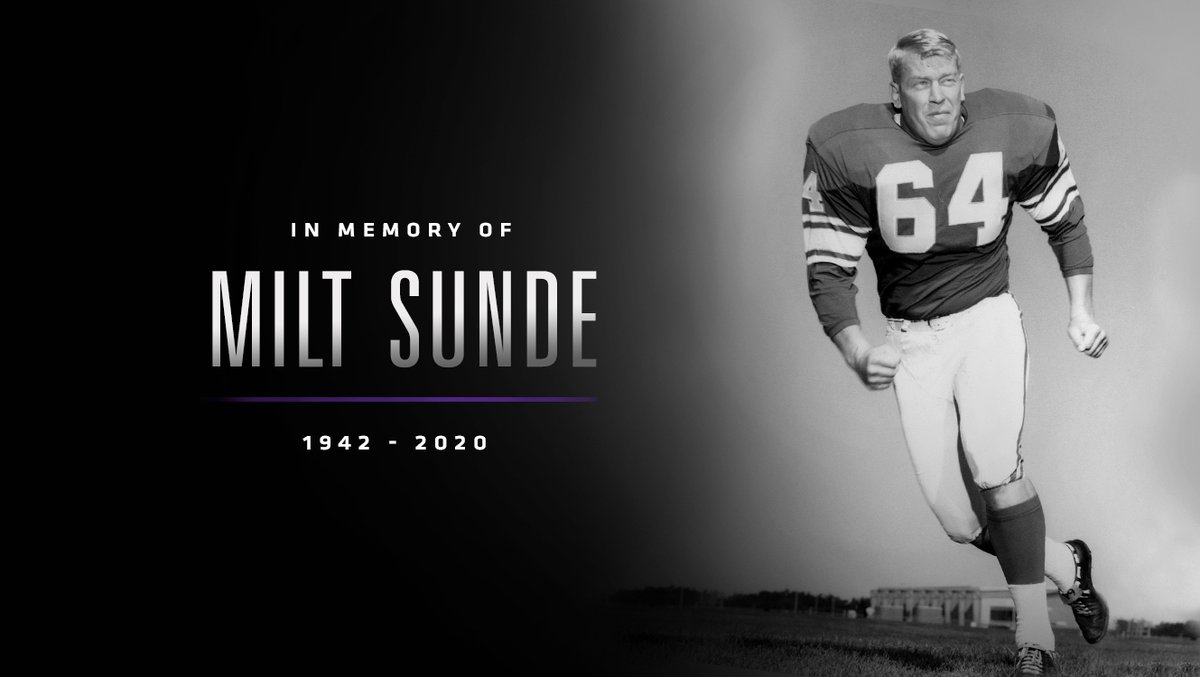