Police in Minneapolis , Minnesota is responding to a shooting incident involving a school bus drive.

MN Emergency services received reports of shots fired on a school bus. The caller reports children are onboard, and that the driver has been shot.

⚠️🇺🇸#DEVELOPING: Police responding to shooting onboard school bus in Minneapolis#Minneapolis l #MN
Emergency services have received reports of shots fired on a school bus. The caller reports children are onboard, and that the driver has been shot.
Updates to follow. pic.twitter.com/y1hNc0lgvo

Amarketnews.com have now confirmed the reports that a school bus driver in Minneapolis was shot in the head Wednesday afternoon while young children were still on board.

The incident happened around  around 2:16 p.m. near 37th and North Girard Avenue, according statements released by the Minneapolis Police Department.

Police said three students were on the bus at the time of the shooting.

Officers arrived to find the bus stopped and the driver with a gunshot wound to the head. Paramedics took the bus driver to a nearby hospital, with police saying the wound doesn’t appear to be life-threatening.

The police department said three kids, all under the age of 10, were on the bus when the shooting occurred. None of them were hurt and MPD staff took the children home.

The Minneapolis Police Department says the shooting happened around 2:15 pm in the city’s Camden neighborhood.

Image taken from the scene of bus driver shooting in Minneapolis appears to show bullet hole in school bus windshield in front of driver’s seat. So far, MPD says they believe driver will survive. Three elementary-aged kids on bus at the time. 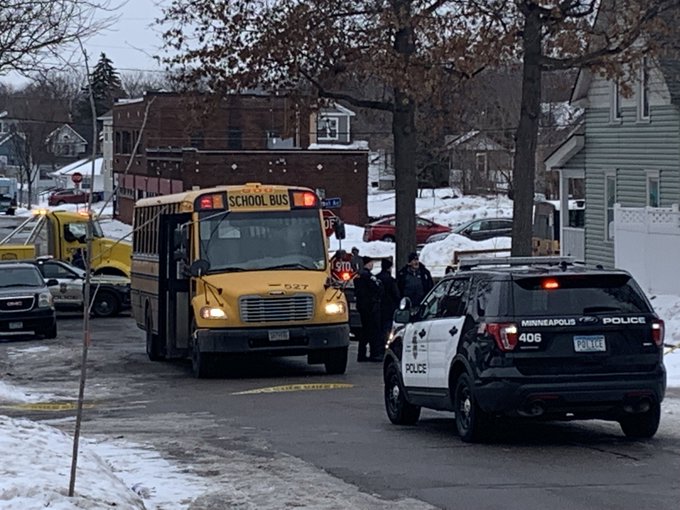 A bullet hole in the windshield of a school bus in North Minneapolis. Again, the bus driver was hurt but is expected to survive. Officers are still working to find out which school the bus was coming from when the shooting happened. 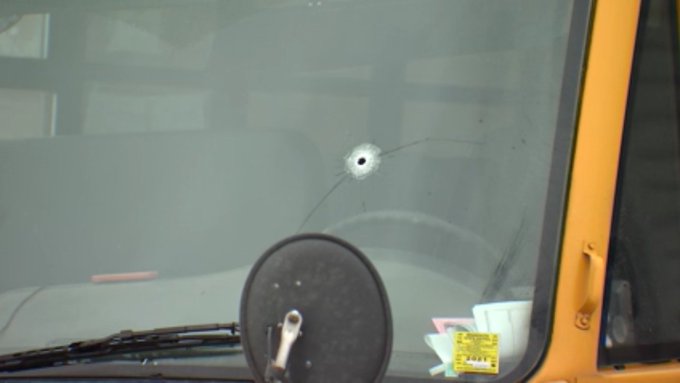