RT @JPNewell7: Firefighter, Rudie Mann, of @SuffolkFBU passed away suddenly and unexpectedly on February 13th 2021. @fbunational and it’s members have set up a national fund that supports families at times like this, you can also text on the numbers below.
Rudie will be greatly missed by all 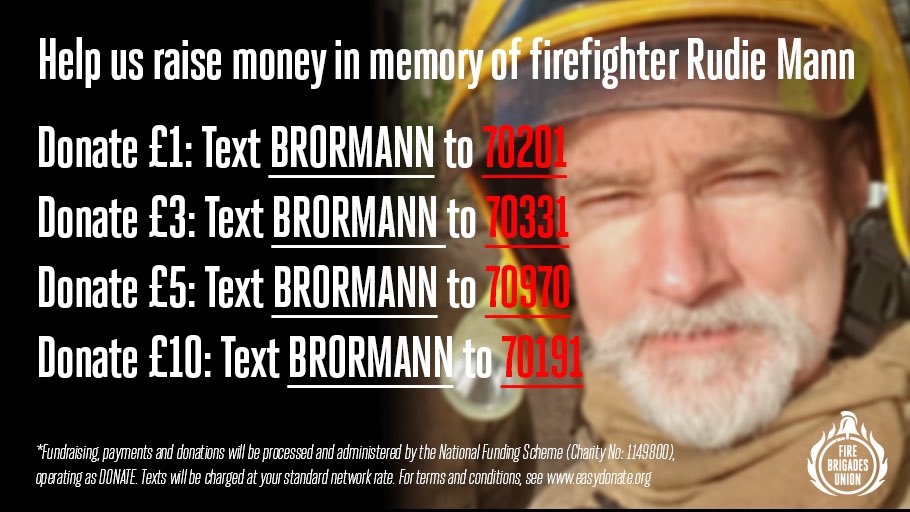