University of Connecticut men’s basketball was thrown into mourning following the death of Stanley Robinson.

Who is Stanley Robinson

Robinson, 6-foot-9, was known to friends and fans as “Sticks,” and he was extremely popular with Huskies fans. He played at UConn from 2006-2010, an era which included a trip to the Final Four in 2009. Robinson played in 126 games, averaged 9.8 points and 6.2 rebounds, scoring 1,231 points. He scored in double figures in 34 consecutive games, and always provided highlight-reel dunks and put-backs. His windmill dunk against Syracuse during the six-OT game at the Big East tournament in ‘09 is best remembered. The Courant reported.

How Did Stanley Robinson Die.

Robinson died at his home in Birmingham, Alabama. His body was discovered by his mother and no cause of death was released after an autopsy was performed on him by local medical authorities.

They found no evidence of foul play , but his cause of death will still be released as soon they complete investigations on what led to his death.

Stanley Robinson died at the age of 32.

The University of Connecticut  Men’s Basketball mourn the death of Robinson in a statement posted on social media.

The UConn Basketball family grieves the loss of a great player and an even greater person, Stanley “Sticks” Robinson. Our thoughts and prayers are with Stanley’s family at this difficult time 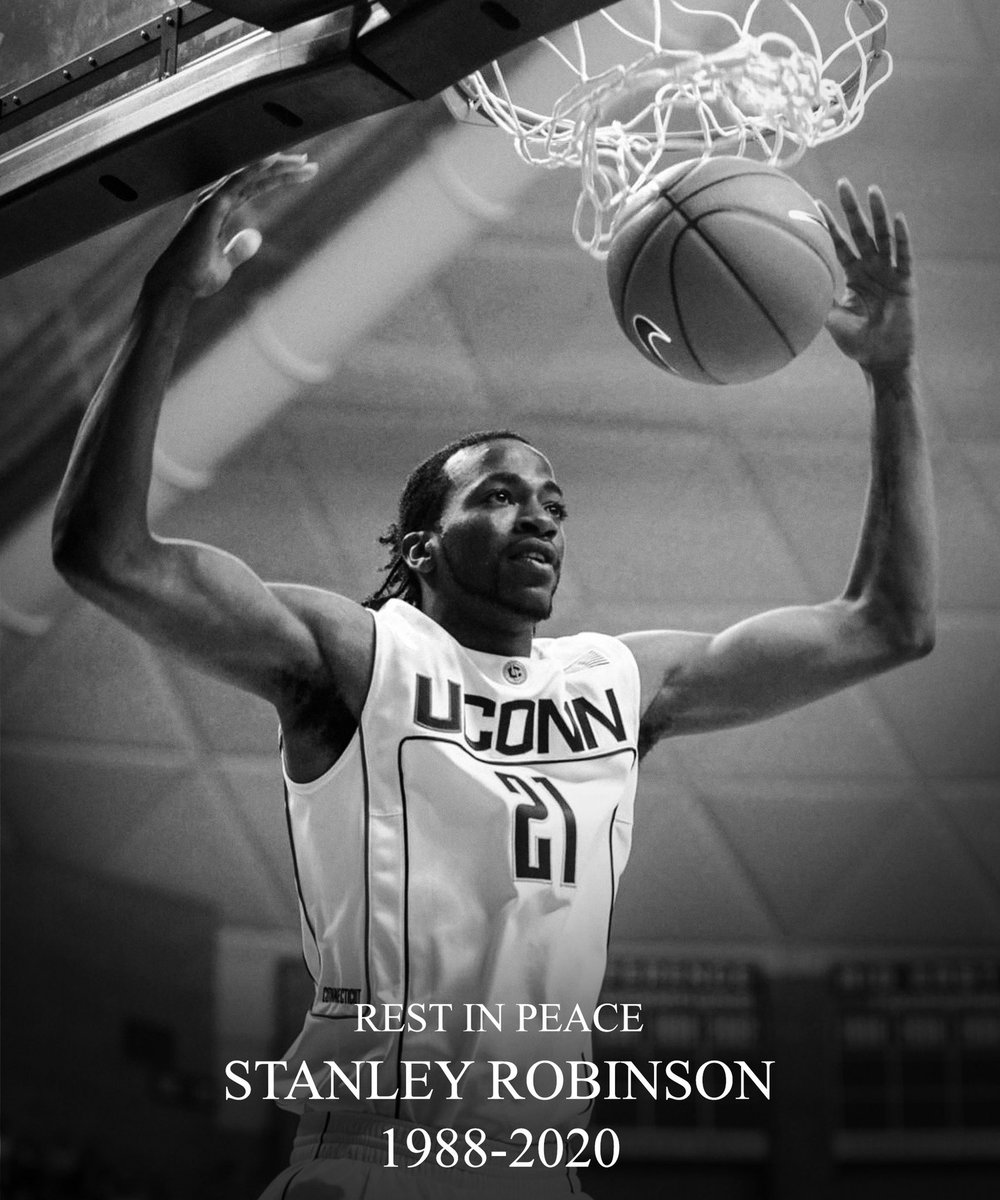 “UConn put out statement that former Huskies forward Stanley Robinson, 32, passed away suddenly at his home in Birmingham yesterday. “I am truly heartbroken. Stanley was such a beautiful person, caring and giving. He was a gentle soul, too gentle for this world.” – Jim Calhoun

A man who identifies himself as Neill Ostrout on social media said “He will be remembered for a kind heart and an amazing ability to dunk but Stanley Robinson was quite a character. Once, after coach Jim Calhoun berated him for a perceived error, Robinson could think of no other response so he hugged Calhoun. R.I.P., Sticks”

Sad news out of Storrs today as former Uconn Huskies Stanley Robinson has passed away at the age of 32. Robinson was a fan favorite for Uconn and was an 1,000 point scorer as well. Very sad situation, Rest in Peace Stanley Robinson.

And on his own tribute Zechariah Cameron wrote ” I remember when Stanley Robinson made a big dunk one game and Neil Everett said something like “Welcome to Stanley Robinson’s neighborhood.” I literally search YouTube for a few days to find that clip. Hoping that it was there. RIP”

And Eric Gallichio wrote The story of Stanley Robinson taking care of his child while living off campus and working at a scrap metal mill will always stick out to me as one of the most humbling stories I have ever heard coming from a UConn student athlete.