Summer Taylor, one of two demonstrators who was struck by a car while protesting in Seattle, has died. The second protester, Diaz Love, remains in serious condition, according to a statement posted online on July. 5, 2020.

Racial justice 2020:
Arresting a 27-year old black man, Dawit Kelete, for accidentally driving into a white woman, Summer Taylor, that was blocking a highway in the middle of the night.pic.twitter.com/wJxTtfp5hM

Summer Taylor, a non binary Black Lives Matter activist who was hit by a car while protesting on the I-5 freeway in Seattle, has died. Dawit Kelete, who is black, is accused of being the driver & was arrested. pic.twitter.com/Lr6Jp3BkzO

In video of murder, suspect Dawit Kelete comes flying down highway. No cops can be seen in pursuit. Barrier is easy for him to get around. There has been an epidemic of car attacks on protesters. More than 50 by one count in little over a month. pic.twitter.com/C6jyIqAEE1

@dawitKelete gets a total pass for this. He was driving at highway speeds on a highway where pedestrians are prohibited. Plus he’s black and the victims were white. So there. https://t.co/JJQFYF6WP6

Before the news of Taylor’s death, the Washington State Patrol tweeted late Saturday that it will no longer allow protesters on I-5, arresting all pedestrians found walking on the freeway. The patrol said the move was for the safety of all citizens. Dawit Kelete is a 27-year-old. 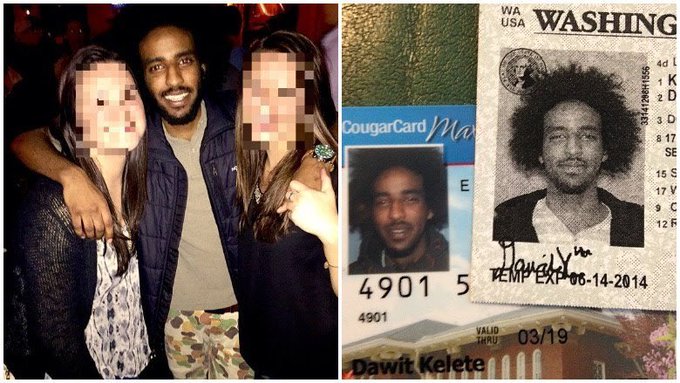 It takes a DEATH to stop protesters

driver, identified as 27-year-old Dawit Kelete, of Seattle, fled the scene after hitting the protesters https://t.co/EbOdlY9x8j

How misleading of NPR. They say the 27 year old driver was arrested but won’t say his name, Dawit Kelete. Probably because that’s not a typical white persons name. They really want to hide the fact that he’s black. They have an agenda. pic.twitter.com/mhLqry14Pa