RT @MsgrFarrellPres: It is with heavy hearts that we share with you the the passing of Susan Cooney Mahon, beloved member of the Monsignor Farrell Family, who passed unexpectedly on Monday, February 22.

Sue began her career at Monsignor Farrell in 1986. She taught all levels of Math. God Bless her 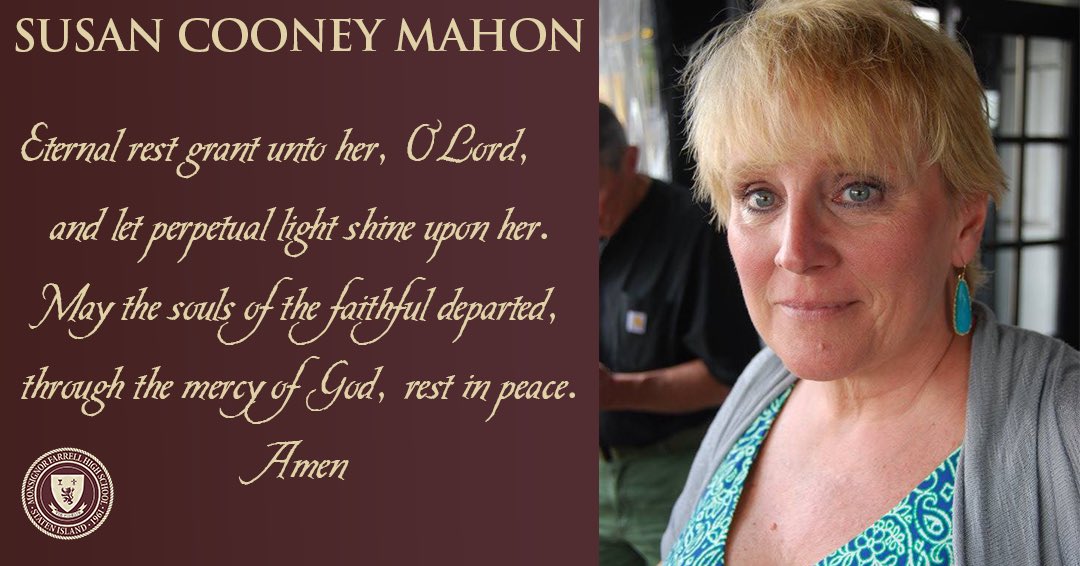