TAGAYTAY, Philippines (Market News): Officials in Philipines has shut down Manila International Airport after a small volcano erupted in Tagaya, south of the Philippine capital that draws many tourists for its picturesque setting in a lake erupted with a massive plume of ash and steam Sunday.

Thousand of people flee the the area, prompting local authorities to shut down the country major airport.

The Philippine Institute of Volcanology and Seismology said Taal Volcano in Batangas province south of Manila blasted steam, ash and pebbles up to 10 to 15 kilometers (6 to 9 miles) into the sky in a dramatic escalation of its growing restiveness, which began last year. According to a report by the Associated Press.

Level 4 alert has been raised in Taal Volcano as explosions continue. The clouds from the eruption of the volcano already reached parts of Batangas, Cavite, Metro Manila, Bulacan, and Metro Manila, based on the latest satellite imagery. According to Windy Forecast. 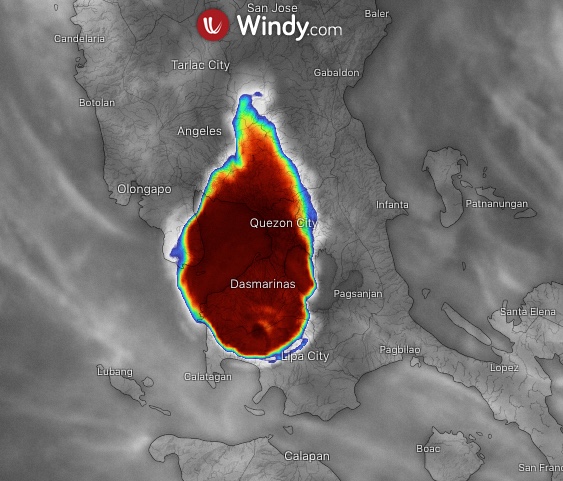