The incident reportedly happened when Sanchez was walking with her mother around 11:15 PM, Monday night when all of a sudden two men got out of their car , grabbed the teen and dragged her inside.

Surveillance video shows the moment 16-year-old Karol Sanchez was grabbed and pulled into a beige sedan by a group of men, police say.

Anyone with information is asked to call police. 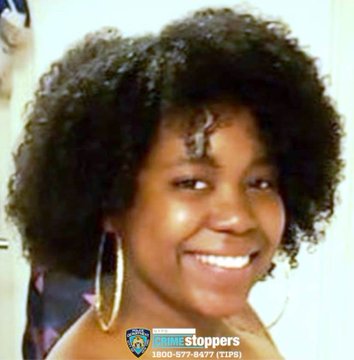 Video : How Missing Karol Sanchez was Abducted in the Bronx New York.

The NYPD have released a statement confirming that Sanchez has been located and she is safe, they also said she confessed to the police that the abduction was fake and staged.

WE HAVE A VICTORY TODAY !! Karol has been found !!! Thank you to all who have worked very hard to track down the people involved in this case !!! pic.twitter.com/TYD7IlU49N

MISSING: 16-year-old Karol Sanchez was walking with her mother late Monday evening near Eagle Ave and E 156th St in the Bronx when 4 males in a tan sedan pulled up, two got out of the vehicle, pulled the 16-year-old female inside and drove off. Any info, call 800-577-TIPS. pic.twitter.com/QJKgryjuvP

Seeking Immediate Information in regards to a kidnapping last night in the vicinity of Eagle Ave and E 156th St. 16 year old Karol Sanchez was walking with her mother when 4 men in a beige sedan forced her into their vehicle and fled the scene. Any info PLEASE 📞 1-800-577-TIPS pic.twitter.com/rgc8VWBgGv